This is a great interview with Hitch on The Steve Kane radio show, after one of his debates with William Lane Craig.  It’s a civil exchange between Hitch and a pastor who found God, and who suggests that his conversion is proof of God’s existence. It’s a great example of Hitchens’ skills of debate.

Ok, I suppose this headline is intentionally provocative (this is, after all, Provoking Hitchens). Now that we’ve established that, hear Hitchens describe the incident for Australian TV journalist Jennifer Byrne.  They were discussing his just then released   memoir, Hitch 22.

I’m an Anglophile. Let me start with that. I love the U.K, but members of the Parliament should not be debating banning someone from entering the country because they disagree with his speech.  How dare they?  I don’t at all like the way Donald Trump talks about Muslims and I think a ban is a horrible idea, and not American, but a free society should not ban someone because they don’t like what he says.

Why not ban Anjem Choudary?, who lives in the U.K. His speech  doesn’t bother the members?  Here’s an article talking about his support for ISIS, and it’s well know that he would like to see Sharia law implemented in the UK, and that he praised the 911 attackers. Hitchens wrote about this man in an essay for Vanity Fair: Londistan Calling.

Hitchens has gone out of his way to protect unpopular speech. I have to believe he would be against banning any speech, including that of Donald Trump. 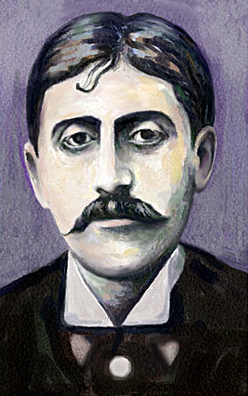 I realize this is a bit off topic, but since David Bowie died this week, I thought readers of this blog might appreciate his answers to the same questionnaire.You can view them here.

As for how Bowie might be connected to Hitchens, the media published a list of Bowie’s top 100 books. Included in the list is Hitchens’ “The Trial of Henry Kissinger“.

Hitch fans toast the man with glasses of Johnny Walker Black Label. It is well known that he had a large capacity to drink, and to still write brilliantly. Graydon Carter, the publisher of Vanity Fair, wrote in a tribute to Hitch, “I can recall a lunch in 1991, when I was editing The New York Observer, and he and Aimée Bell, his longtime editor, and I got together for a quick bite at a restaurant on Madison, no longer there. Christopher’s copy was due early that afternoon. Pre-lunch canisters of scotch were followed by a couple of glasses of wine during the meal and a similar quantity of post-meal cognac. That was just his intake. After stumbling back to the office, we set him up at a rickety table and with an old Olivetti, and in a symphony of clacking he produced a 1,000-word column of near perfection in under half an hour.”

If you want to read Hitchens’ own words about the consumption of alcohol, see these passages from Hitch 22: 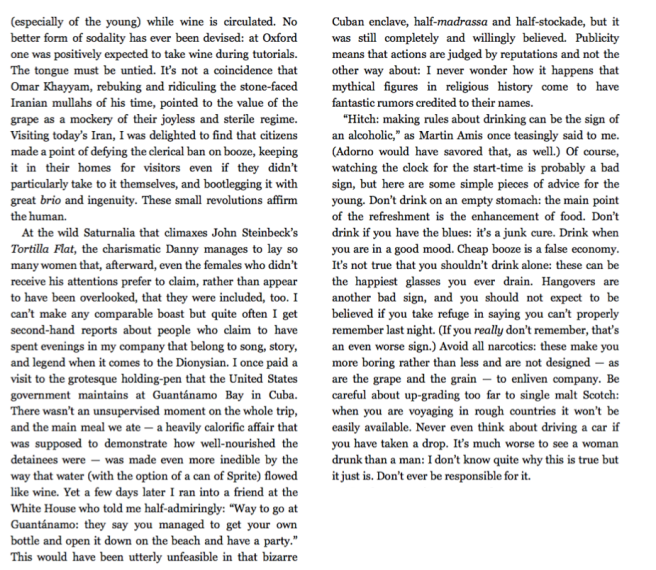