The ironically named Education Secretary Betsy DeVos has been channeling money from public schools into private schools with a religious prejudice. While the country is being attacked on many levels by the Trump administration (the corruption of the Attorney General’s role, the attacks against U.S. Intelligence, the belittling of U.S. Generals, the launching of whacko conspiracy theories, the war against science, and the constant lying to name a few) it is easy to miss some of the most destructive stories. Here DeVos, with the approval of the Dear Leader, is promoting her own religious agenda at the expense of public school children. Unacceptable.

Simply raising this question invites controversy. It’s said that we can’t know what a departed person would be thinking, and we shouldn’t even be asking, because there is no way to know. The question however, is very tempting. We want to know what George Washington would think of the current state of the U.S., or what John Lennon would think of Paul’s recent albums. It’s hard not to ask. We are curious mammals.

I am not one of those who say we shouldn’t speculate. I think there are two good ways to go about specualtion about Christopher Hichens. The first is to talk to people who knew him well.  They have first hand experience, and as Christopher was not one to hide his opinions, he likely discussed and debated issues in great depth with these good friends. During the course of researching and writing this blog I met with people in Christopher’s life including a New York restaraunter, a photographer who shot several cover portraits, his brother Peter in London, and some of his editors at Vanity Fair, who gave me their valuable perspecitves.

The second way to determine what a person might have thought is to study the person’s work. In Christopher’s case we are fortunate that he was such a prolific writer, speaker, and debator. There is plenty of material to evaluate. Christopher himeslef has advocated for this approach. When discussing whether historical people such as Jesus or Socrates existed, he contended that it doesn’t matter. With or without Socrates for instance, we can make evaluations by knowing his teachings and methods of thinking. In a 2009 interview pubished in Portland Monthly,Hitchens says

“If you want a good mythical story it would be the life of Socrates. We have no proof, as with Jesus, that he ever existed. We only know from witnesses to his life that he did. Like Jesus, he never wrote anything down. It doesn’t matter to me whether he did or not exist because we have his teachings, his method of thinking, and his extreme intellectual and moral courage.”

In one way, like circumstantial evidence, this method is even more reliable than speaking to his friends and acquaintances who may have personal biases. To answer the questioin “What would he think about the current environemnt?”  we can follow his advice, and examine his written and spoken words. In a 2005 talk at the Commonwealth Club on his book Why Orwell Matters, he states that he can say with certainty that Orwell would have opposed the Vietnam War. He says you can do this with a historic figure if you have knowledge of his writing. This is the same point he made about Socrates.

As I continue to learn about Christopher, it’s apparent to me that his biggest issues of concern from a 10,000-foot perspective, were opposition to totalitarianism in all its forms including religion, the pursuit of truth, and solidarity amongst friends. He looked at the U.S. as being the closest to an ideal secular society, designed by its founders to have free speech, the separation of church and state, and a society where people were brought together by ideas, not tribes.

So here are my speculations:

He would see the Trump administration as one moving toward totalitarianism where:

In this current environment where there are few strong courageous vioices speaking out with great wit and clarity, in favor of democracy, science, secularism and the oppressed, his voice is dearly missed.

Trump is pardoning Dinesh D’Souza who was convicted of breaking federal campaign laws. In Trump’s view prosecuting someone (on his side of the political aisle) for breaking the law is unfair. Yes, we are getting the same old tired old cry from Trump  – that it’s all unfair. I view this as legal corruption. D’Souza, like racial profiler Sheriff Joe Arpaio, broke federal laws, but our system allows our President to pardon anyone almost without conditions. This highlights one of the problems with our system. We rely on the good judgement of the POTUS.

Dinesh is a skilled debater, twisting words with great arrogance and confidence. He is not a match for Hitchens however, which is why it’s a pleasure to watch their debates. The stronger the opponent, the better we can see Hitchens’ rhetorical gifts in action. This debate is a double header because he is facing two skilled debaters. Notice that at several points Hitchens is slumping back in his chair, apparently bored with his opponents tedious arguments. He does not appear to be struggling to win.

I’m not a believer personally, but I admire this minority of Evangelical Christians who actually believe in the ideas of Jesus. Crazy ideas like helping the poor and treating people equally. Of course, they are not welcome by the Mike Pence, family value, Trump Evangelicals.  How dare they be compassionate?.  Do read this article. It’s (slightly) encouraging.

Conservative television is poisoning local TV networks. Sinclair Broadcasting, which owns the highest number of television stations in the U.S., is forcing local affiliates to pump out pro-Trump, anti-media (and anti-truth) propaganda – often over their objections. See the CNN video and article below. The media can’t be free if one company owns a critical a mass of stations. This is poisonous slime and has to be resisted.

If you want to laugh, and simultaneously see a demonstration of Christopher Hitchens’ wit, you have to watch this fourteen minute video.   A Christian radio show host (a Mr. Todd Friel) sets up a highly ridiculous premise for a game show called  “What If?”. The game entails the said Christian radio show host pretending his beliefs are facts, and asking Hitch what he would do in particularly absurd circumstances. The amusing part is that Christopher treats each question as if it’s being asked by a legitimate journalist, answers the questions wryly and sharply, and does not get caught in any of the not-difficult traps set by Mr. Friel.

The funniest exchange happens toward the end of the interview:

Friel: Sir, is it possible that the reason you rage so much against God is because you just want to live your own autonomous way, living anyway that you want to, any lifestyle that you prefer, without being accountable to your creator? 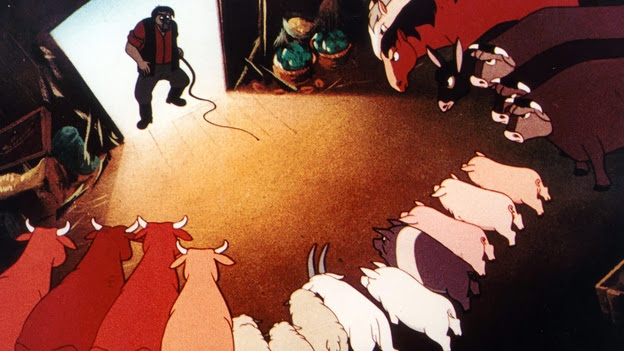 In this talk, Hitchens critiques the “Ten Commandments”, shows how they are man-made, and suggests three better, new commandments. The new suggestions start at about 35:00.

God is not Great: a great read, but if you prefer, you can listen to Hitch read it. Enjoy.

At the end of this event with Tony Jones, Hitch got rousing applause and did a sort-of encore, where he sang “The Philosopher’s Song.” Earlier in the interview he did parts of it, but here is the full rendition. If you have more time, the entire interview is excellent and finds Hitch at his best.