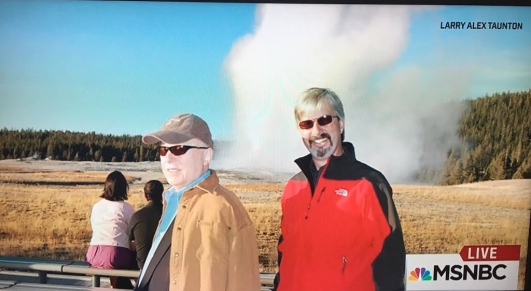 Tomorrow, April 12th, one day before Christopher’s birthday,marks the release of a new book about the man, “The Faith of Christopher Hitchens: The Restless Soul of the World’s Most Notorious Atheist“. I just saw an interview with the author, Larry Alex Taunton, on Hardball with Chris Matthews. Taunton is an author, columnist, contributor to The Atlantic, and the Executive Director of the Fixed Point Foundation, a non-profit which  is dedicated to the public defense of the Christian faith. He was also a good friend of Hitch and they made two road trips together subsequent to Hitch’s grim diagnosis. In the Matthews interview, Taunton described driving through a national park with Hitch (who was enjoying a glass of Johnnie Walker Black) discussing the bible. The picture above is a screenshot used in the interview. Taunton indicated to Chris Matthews that he thought Christopher was exploring his faith in the time they spent together. I don’t know what he means by that, but I’m looking forward to reading the book.